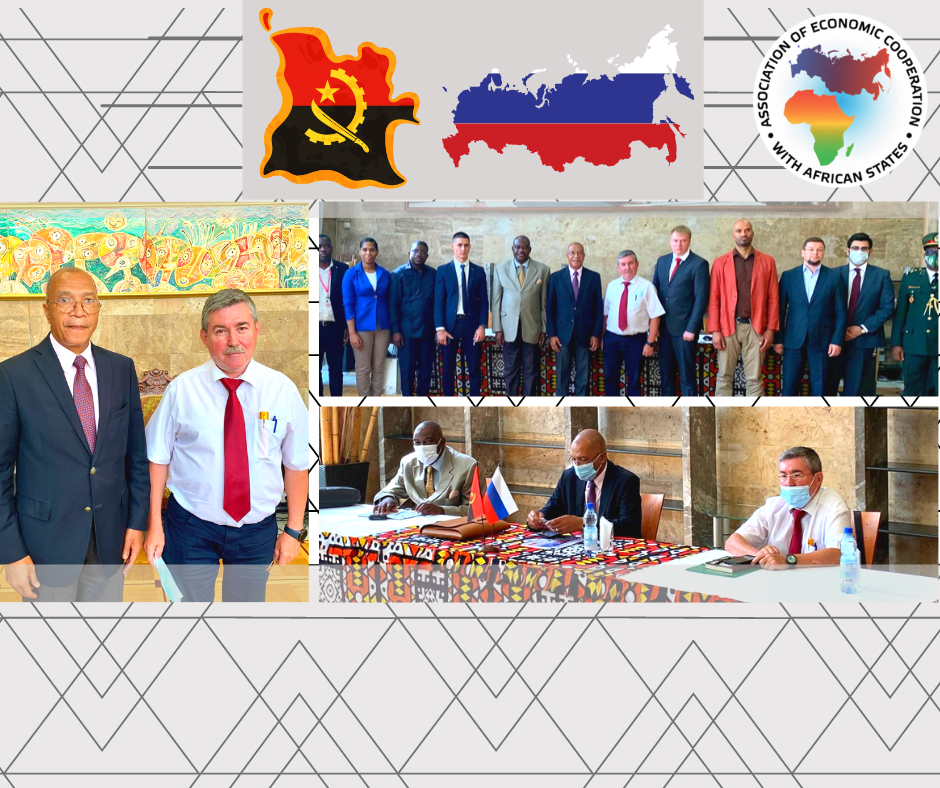 July 9, Moscow - Representatives of the Association for Economic Cooperation with the African States (AECAS) and a delegation of Russian companies met with Amadeu De Jesus Alves Leitão Nunes, Secretary of State for Trade of the Republic of Angola. The event took place in the Angolan Embassy in Moscow.

H.E. Mr. Nunes addressed the attendees with welcoming speech, particularly mentioning long history of friendly relations between Russia and Angola. He stressed the importance of further deepening of economic cooperation between the two countries.

The members of the delegation and representatives of the Russian academic and business communities addressed a number of questions to Mr. Nunes on the potential for Russian-Angolan cooperation.

Agriculture was singled out as an important direction of economic cooperation between Russia and Angola, with direct investments of Russian business in this sector being of particular interest for Angola – given that the county has taken some serious steps in this respect, including the adoption of a new investment law and the signing of an agreement on a free economic zone in Africa.

In addition, H.E. Secretary of State spoke in favour of strengthening cooperation with Russian business on the basis of the AECAS.

For his part, the Managing Director of AECAS Vladimir Kurchenko called on business representatives to intensify cooperation with Angola, and also reminded of the initiative of the President of Angola Joao Lawrence to establish joint large-scale Russian-Angolan enterprises, voiced during the president’s first visit to Moscow in 2019.

Significant interest from the audience was attracted by the Association's joint projects with Gazprombank PJSC: implementation of a single trading platform based on the Common Information Space portal, together with an educational project aimed at establishing a mechanism for internships for African students in Russian companies.