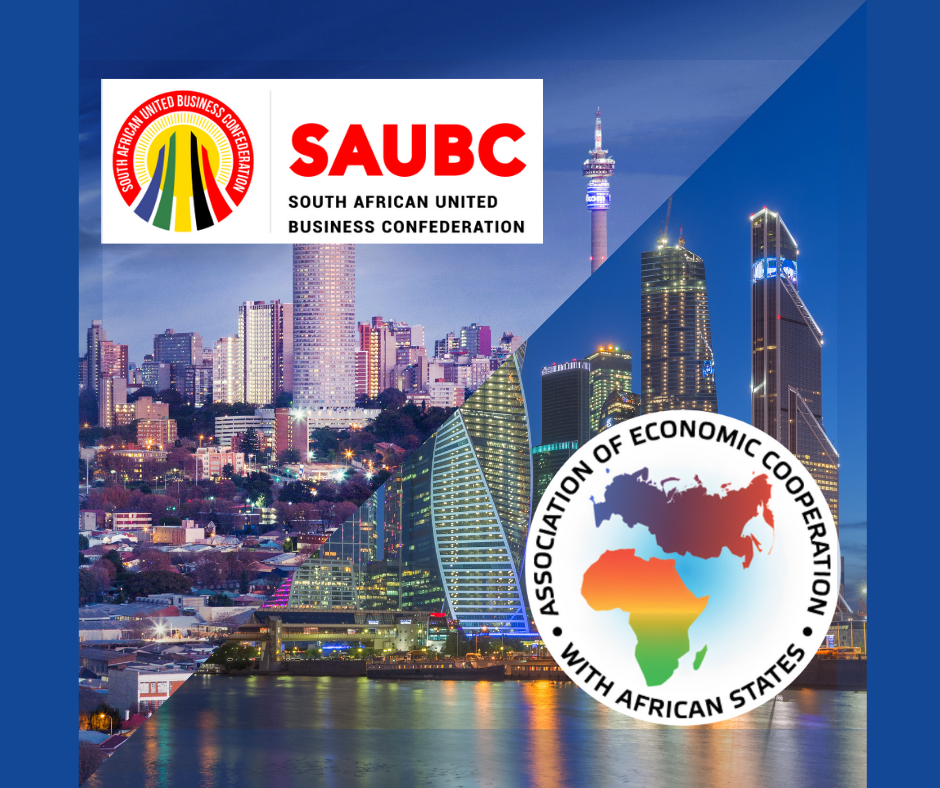 July 1, Moscow – The Association of economic cooperation with the African states represented by Chairman Alexander Saltanov and the South African United Business Confederation represented by President George Sebulela have signed a memorandum of understanding to join their efforts in promoting Russian-S. African economic relations.

The partnership is aimed to boost ties between the Russian businesses and those of South Africa, finding new points of growth and strengthening the existing cooperation in the areas of trade, investments, imports and exports, tourism and agriculture.

The agreement creates a framework for the parties to enhance business opportunities through exhibitions, conferences and other networking events that facilitate communications between major business actors in Russia and South Africa.

The Embassy of the Russian Federation in the Republic of South Africa welcomed the initiative of concluding the MoU, noting that it will serve as a basis for further strengthening of not only Russian-South African ties, but those between Russia and the African continent as a whole, which is in line with the provisions of the Declaration of the First Russia–Africa Summit in Sochi 2019 – in particular the intention to support Russian and African entrepreneurs in exploring ways of mutually beneficial cooperation. In light of the upcoming Second Russia-Africa Summit, this MoU will serve as the framework for more trade and investment opportunities, the Embassy added.

AECAS and SAUBC will pool their resources to develop mutually beneficial cooperation on a long-term basis, focusing their work on identifying target sectors for joint initiatives, strategic partnerships and business opportunities, marketing and promoting networking events, working to involve a larger circle of investors and businessmen in the activities of AECAS and SAUBC.

“The second Russia-Africa summit is set to take place in less than 18 months and both Russian and African businessmen expect this summit to be packed with concrete feasible projects and initiatives that will be implemented in a short-term perspective. The cooperation between AECAS and SAUBC paves a way for us to start working in this direction with our South African partners,” Saltanov said.

AECAS, created under the auspices of the Russian presidency after the Russia-Africa summit in Sochi in 2019, promotes Russian business on the African continent with the support of the Ministry of Foreign Affairs of Russia, various government agencies and research institutes.
SAUBC represents trade councils, industry associations and business chambers, which support business activities to ensure self-sustaining development of the South African economy and to improve the lives of the citizens.