May 25, Moscow — The conference “The Fate of Africa in the Modern World” organized by the Institute of the African Studies of the Russian Academy of Sciences together with the Roscongress Foundation is dedicated to Africa Day and is broadcasted online on the TASS news agency’s website on May 24-26. 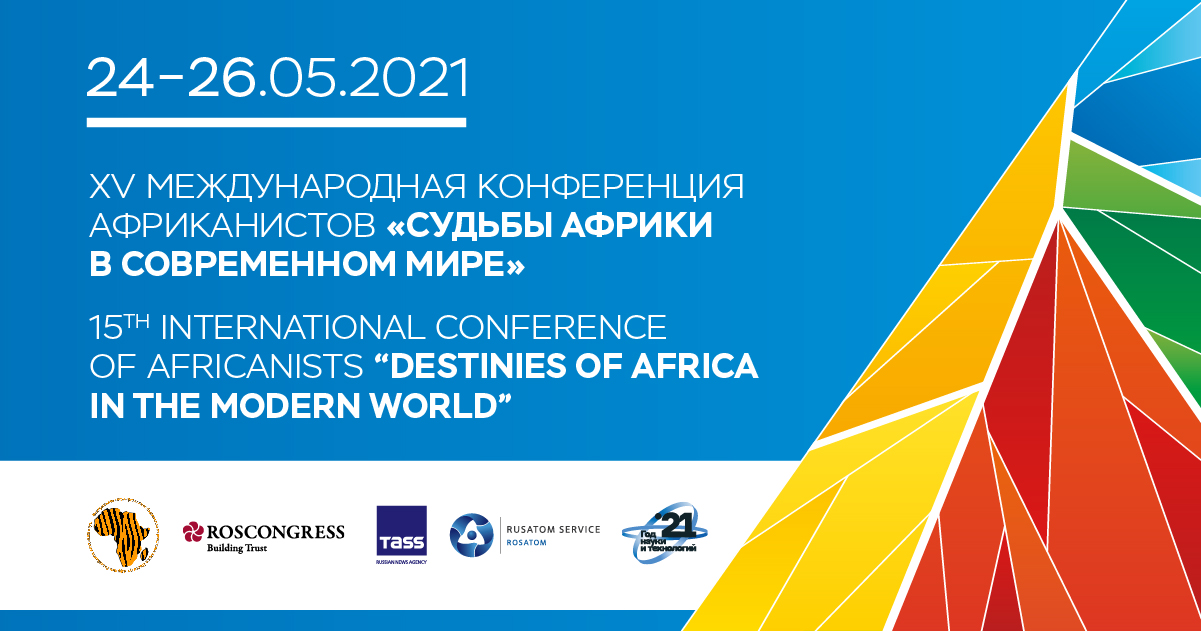 During the plenary session, the audience was addressed by Yuri Balega, Vice-President of the Russian Academy of Sciences; Mikhail Bogdanov, Russian Deputy Minister of Foreign Affairs and Special Representative of the Russian President for the Middle East and African countries; Natalia Bocharova, Russian Deputy Minister of Science and Higher Education; Alexey Vasiliev, President of the Institute of the African Studies; Alexey Gruzdev, Russian Deputy Minister of Industry and Trade, Chairman of the Association of Economic Cooperation with Africa Alexander Saltanov, Chairman of the Coordination Committee for Economic Cooperation with Africa Igor Morozov, CEO of the Russian Export Centre Veronika Nikishina, Head of Rossotrudnichestvo, Head of the Public Council at the FPRA Secretariat Evgeny Primakov and other representatives of the business and expert community.

Irina Abramova, Director of the Institute of the African Studies and the Head of the Scientific Council at the Russia-Africa Partnership Forum Secretariat (FPRA), stressed that technology exchange and scientific cooperation should be a priority in the Russia-Africa partnership.

“Interaction in the technological sphere — the transfer of Russian technologies to African countries with their subsequent localization — is going to drive other areas of our cooperation: trade, export of services, as well as the training of relevant specialists, who will work with Russian technologies, will apply Russian scientific methods in their work. Therefore, that will expand the possibilities of our cooperation and among other things allow our country to fulfill its strategic goals,” she said.

Alexander Saltanov, Chairman of AECAS, stated that highlighting trends in the social and economic spheres, assessments and forecasts “are essential for the practical implementation of the tasks that face AECAS, its members and generally those who are interested in developing large-scale cooperation with the African continent.”

“What would be just as important for us is to plan with the support of the scientific community the strategy and tactics in the face of fierce competition and the presence of external players on the African market,” Saltanov said.

The AECAS Chairman shared the point about the importance of scientific cooperation with African countries and the training of the African students in specializations relevant for the Russian companies.

“Russian business, which is already operating in Africa, is naturally very interested in being able to rely on local, well-trained personnel. And that is where the initiative came from — the project we are doing together with Gazprombank. This is about working out the needs and, if necessary, organizing the recruitment of African students studying in Russia for internships in Russian companies operating in African countries and interested in these specialists,” Saltanov said.

He also mentioned two other projects that the association is currently working on.

“Another project is in the field of information promotion — the creation of the Common Information Space with the participation of the Roscongress Foundation and other partners... We also made a concrete proposal to create a public financial fund of direct investments for the work of Russian business in African countries. This is a serious and important issue; business is constantly raising it with us and with various government agencies. The structure of the fund has been worked out by our Association,” he said.

During the plenary session, many speakers from Africa also addressed the guests, including S. Anyang Agbor, Commissioner for Education, Science, Technology and Innovation of the African Union, M. Paba Salé, Ambassador Extraordinary and Plenipotentiary of the Republic of Cameroon to the Russian Federation, and others. President and Chairman of the Board of Directors of Afreximbank B. Orama noted that there are great opportunities for Russian companies in Africa in the development of transport infrastructure, as well as in the introduction of technologies for efficient distribution of energy resources.

The conference consists of some 50 workshops, with more than 500 researchers and experts from around the world discussing technological development trends in Africa, socio-political problems, the state of the national economy and options for strengthening ties between Russia and Africa, as well as the history of the continent's states, anthropology, and linguistics.