Representatives of major Russian companies discussed projects to support Russian business in Africa during a meeting of the Expert Council of AECAS. 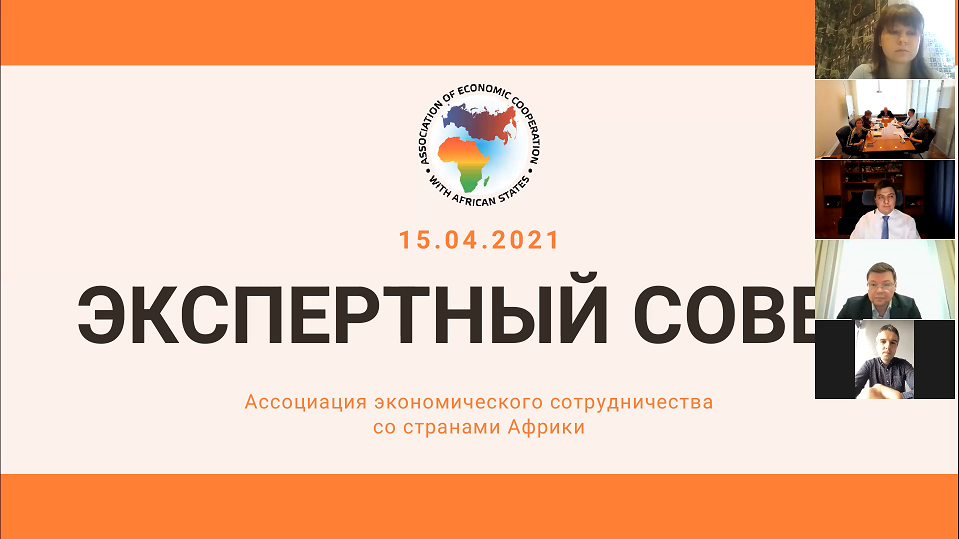 Alexander Saltanov, Chairman of AECAS, addressed the meeting participants with a welcoming speech. Then Executive Director of AECAS and Chairperson of the Expert Council Anna Belyaeva presented a report on the work of the Association.

The report presented several major projects to support Russian business in Africa. "We have formulated a model (of state support to business) and will promote and lobby this idea," noted Anna Belyaeva.

It was separately stated that Members of the Association and the Russian business community were highly enthusiastic by the consent of Oleg Ozerov, Head of the Russia-Africa Partnership Forum Secretariat, to provide political and diplomatic support to Russian companies during a series of business trips to Africa.

The head of the working group for the Association's educational project, Natalia Sevastyanova, made a presentation in her turn. The project focuses on running an internship program for African students from Russian universities in Russian companies operating in Africa. "Thanks to this project, African students in Russia can become agents of our principles in Africa," Natalia explained. Representatives of Russian companies at the meeting were highly enthusiastic about the idea of the project and expressed their willingness to help with project preparation and internships at their organizations.

In addition to a number of organizational issues the Association members discussed the agenda for the Africa session of the St. Petersburg International Economic Forum 2021, where AECAS is actively involved in the preparations.