Foreign Minister Botchwey on Russia's Trade and Investment in Ghana, the Gateway to the West African Region 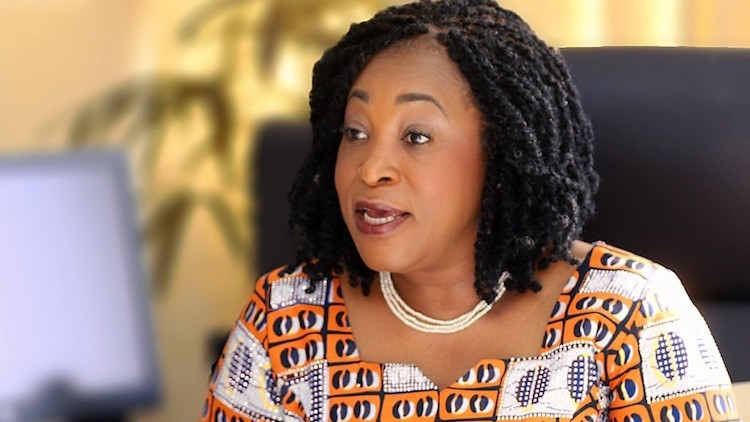 MOSCOW (IDN) — For more than six decades, Ghana and Russia have had excellent diplomatic relations and are looking forward to build stronger economic cooperation. During these years, the bilateral political, economic and cultural engagements have transited through different distinctive phases taking cognizance of challenges and setbacks including the political changes and administration in Ghana, and the collapse of the Soviet era and emergence of the Russian Federation.

In this interview, Shirley Ayorkor Botchwey, the Minister of Foreign Affairs and Regional Integration, explains to Kester Kenn Klomegah, that the Republic of Ghana has solid political stability and adequate security, together with attractive investment packages and easy accessibility to the entire West Africa region. In addition, the legendary Ghanaian hospitality makes investing in Ghana worthwhile and extremely profitable to all foreign investors. Thus, Russian investors should seize the opportunity to invest in Ghana— because it is the right time and the right place to be in Africa.

Here are the interview excerpts:

Madame Minister, how would you assess the current diplomatic relations between the Republic of Ghana and the Russian Federation?

Currently, Ghana and Russia have excellent diplomatic relations, which have been developed over the years, precisely more than 30 years. Russian Federation started in 1991, after the collapse of the Soviet era. Although, for a relationship lasting this long, one would have expected it to move past where it is now. In short, there is still room for improvement.

What exactly is the level of economic cooperation between the two countries? And what are your priorities in the economic and business sphere?

Ghana and Russia are presently building stronger economic ties. Through the framework of the Ghana-Russia Permanent Joint Commission for Cooperation (PJCC), the two countries have pushed forward the agenda of fostering economic cooperation, first and foremost, in their relationship. The sessions of the Ghana-Russia PJCC have been held already following the reactivation of the PJCC in 2013, thereafter the previous meetings have been held in Accra and Moscow.

The PJCC brings government officials and business leaders of the two countries together to discuss and forge cooperation on a wide range of issues of mutual interest to both nations such as the Peaceful Use of Nuclear Energy, Immigration, Narcotics Control, Reciprocal Promotion and Protection of Investments, Agriculture, Fisheries and Aquaculture, Mutual Legal Assistance in Criminal Matters, Trade and Industry, Geology and Mineral Resources, Education and Science, Health, Transport, Housing, Information Communication Technology, and the Military.

Russia is an Energy giant. Ghana has persistent energy problems. Do you think Russia can play a significant role in providing long-term solution and support the proposed nation-wide industrialisation programme of the current government?

Certainly, Russia can play, and is being engaged to play, a significant role in the long-term generation of power in Ghana. Negotiations are progressing steadily between the Ministry of Energy of the Republic of Ghana and Rosatom of the Russian Federation in the construction and operation of the first ever Nuclear Power Plant (NPP) in Ghana and West Africa, with Russian design power units 1000-1200 MW capacity, together with other affiliated nuclear projects. It is hoped, however, that both sides would expedite the negotiations, come to early consensus, and have the project take off in good time.

Ghana is open to all the support that it could get from its friends and development partners in the nation-building drive, particularly in the nation-wide industrialisation programme of 'one-district-one-factory' of the New Patriotic Party (NPP) administration. Ghana could benefit a lot from the rich experiences of Russia, which has advanced knowledge, in the area of industrialisation. In any case, getting the power-generating project going will impact considerably on the programme since the role of electricity cannot be downplayed in any industrial development.

Madame Minister, what opportunities and incentives are currently available for foreign investors especially in the medium scale businesses in Ghana? What is your special message for potential Russian investors here?

Ghana has one of the most attractive investment packages for foreign investors in Africa. Opportunities abound in nearly all the sectors of the Ghanaian economy, for instance in transportation, construction, real estate, banking, health, education, manufacturing, energy, agriculture and commerce, for every kind of foreign investor and on any scale, being large, medium or small.

The investment incentives include tax holidays right from the start of operation up to five, seven and 10 years depending on the type of investment. Five years for real estate investment, seven years for waste processing investment and 10 years for free-zone enterprise or development are few of the examples. Besides these attractions, there are investment guarantees, beginning with the constitutional guarantee, investment laws that guarantee 100% transfer of profits, dividends, etc., as well as negotiations of Bilateral Investment Promotion Treaties (BITs) and Double Taxation Agreements (DTAs).

The message to Russian investors is that Ghana is the gateway to West Africa and, therefore, the right place to invest in West Africa and Africa as a whole. With solid political stability and security, together with the very attractive investment package and easy accessibility to the entire West Africa market, not to mention the legendary Ghanaian hospitality, investing in Ghana is worthwhile and extremely profitable to all foreign investors. Thus, Russian investors should seize the opportunity to invest in Ghana for it is the right time and the right place to be in Africa.

Ghana celebrated its 64th independence in March. In your opinion, what are the landmark achievements in the economy? How important are these achievements for attracting foreign business into the country?

Sixty-four years ago, on 6th March 1957, Ghana attained independence from Great Britain. The country has had its share of up and downs as expected of any growing nation or individual for that matter. The country has come a long way. A number of landmark achievements in the economy could be identified in most sectors—human resource development, telecommunication, services and infrastructure, among many others.

However, the prevailing stable political climate and security could not be overlooked. It is viewed to be the striking achievement of the nation at this point in time, out of which outstanding achievements could be attained in all the sectors of the country, be it the economy, health or education.

As stated earlier, as much as there exist very good relations between Ghana and Russia, greater efforts need to be employed in fostering particularly stronger economic ties. It is hoped that as Ghana and Russia continue the formal diplomatic relations, the level of economic cooperation between them would catch up with the well-developed bilateral political relations in the coming years. Emphasis should also be placed on developing 'people-to-people' relations, whereby the peoples of both countries would have better understanding of each other. Cultural cooperation, tourism, dissemination of information of each other's customs and practices should be emphasised in bringing the people together for their mutual benefit. [IDN-InDepthNews – 16 August 2021]

* Kester Kenn Klomegah is a frequent and passionate contributor to IDN. During his professional career as a researcher specialising in Russia-Africa policy, which spans nearly two decades, he has been detained and questioned several times by federal security services for reporting facts. Most of his well-resourced articles are reprinted in several reputable foreign media.